LOUISVILLE, Ky. (WDRB) -- The family of a man who committed suicide last year said he did so because a doctor at Commonwealth Pain and Spine wouldn’t sign off on a pain medication prescription that the man needed.

Brent Slone texted his wife “they denied script im done love you” (sic) on Sept. 18, 2017. Thirty minutes later, he killed himself. According to the lawsuit filed against Commonwealth Pain and Spine in Jefferson Circuit Court Tuesday morning, the text and suicide could have been prevented.

The suit says Slone was involved in a serious car wreck in 2011 that left him with significant injuries. After the procedure, Slone entered an inpatient recovery center in San Diego, California. While there, he was prescribed oxycodone and oxycontin. 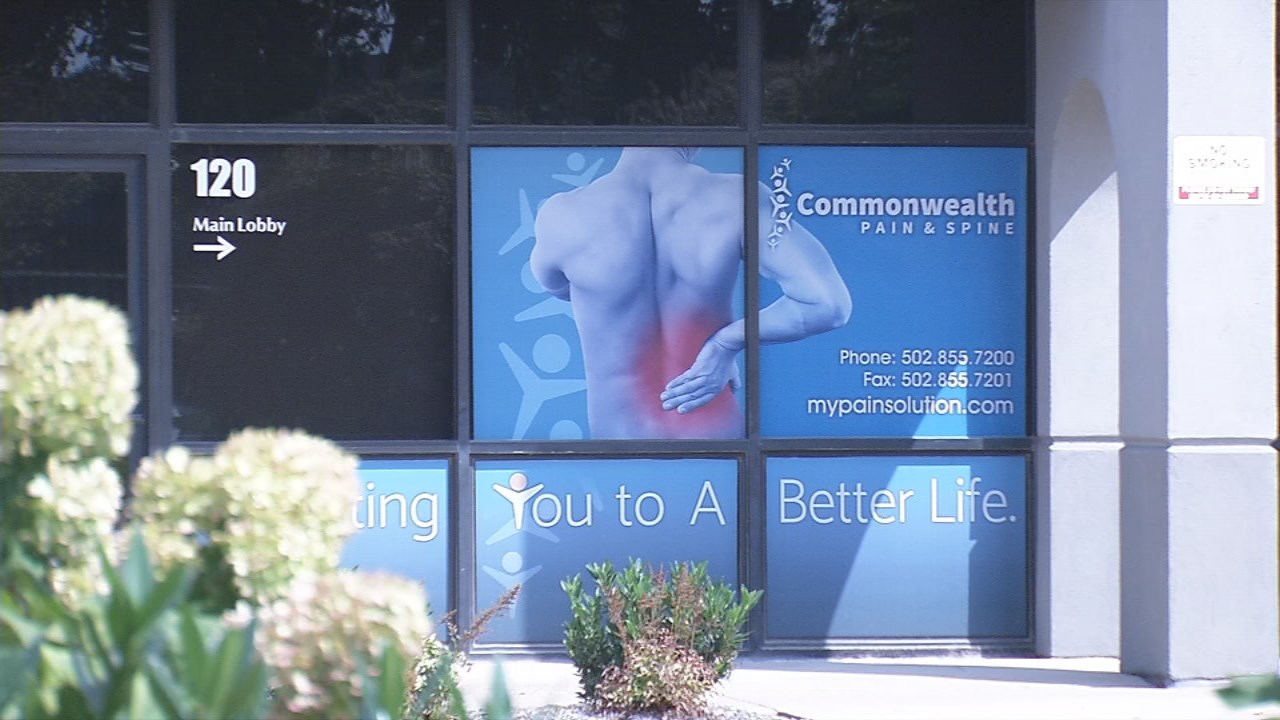 According to the suit, while on a visit to Louisville, Slone went to the emergency room at Baptist Health for a dislocated hip and ulcer. He was prescribed a small amount of pain medication as he had run out of the prescription from the San Diego clinic, and was advised to follow up with Commonwealth Pain and Spine. According to the suit, after he was discharged, he called Commonwealth Pain and Spine and requested a “bridge prescription.”

The suit claims that Commonwealth Pain and Spine cut Slone's prescription by 55 percent from what he was receiving from the San Diego clinic.

The suit says that notes from the clinic indicated that Dr. Stephen Young said he “needed to see the records from this facility in California.”

Later that day, the suit says Slone faxed the documentation to Commonwealth Pain and Spine. However, Young still refused to fill the prescription, because, according to call log notes, the documentation was from July, and there had been no communication since that time. Slone was advised that he would need to wait for six days for his appointment.

Slone killed himself a few hours later, the suit says.

“The intention of the lawsuit is to bring light to that fact that people who experience pain should not be disregarded and tossed aside,” said Hans Poppe, an attorney for the family of Slone.

A lawsuit presents only one side of the arguments in the case. A message sent to an attorney for the clinic was not returned.

The suit claims Slone killed himself because he was not able to deal with the pain from various procedures and complications from the wreck in 2011.

“This is a problem that will only get worse,” Poppe said. “Mismanagement of pain medication often leads to suicide or an addiction to heroin.“

Last summer, Kentucky lawmakers tightened restrictions on prescribing pain medication to patients. The change was hotly debated by opponents who said the changes would make it too difficult for people truly in pain to receive necessary medications.